Marc Jacobs/ protect the skin you're in

Marc Jacobs is my top favorite designer! Why? His designs simply feel like so totally me. I adore his mix and match of graphics and fabrics, his edginess yet elegance, the non-conformance and dauntlessness. Everything I can combine in myself. I'd always loved to mix and match graphics and fabrics and the effort in school was that I got voted as the worst-dressed person in my last year of high school. Well, yeah, you see, Marc Jacobs is my man!! Should I ever get invited to a red carpet event, I would be pleased to wear one of his gowns. To be pleased is the wrong word actually, I mean, I would go insane!!! Literally!!
Too bad I never could afford a single thing (until now! Hope to change that in the future!). Not from Louis Vuitton, not from his own brand, either.
Okay, okay, I kinda lied in that very last point. I did buy something from Marc by Marc Jacobs just recently. It's something that is really close to my heart. A campaign worthwhile that I want to introduce to you today, just in case you haven't had already heard about it!
It's called protect the skin you're in and it's about fighting skin cancer, a cancer form that you will hardly suffer from when you protect your skin while sunbathing. So don't be stupid! Always wear sunscreen!
Besides that the "fighting-method" is pretty cool. It's affordable, outstanding, provocative and for the good cause t-shirts (ca. 35€) in eye-popping colours and celebrities on it that got naked. I went for a red one that adorns Dita von Teese.
Always keep in mind - you only got one skin and that's the skin you're in! So go ahead and protect it! 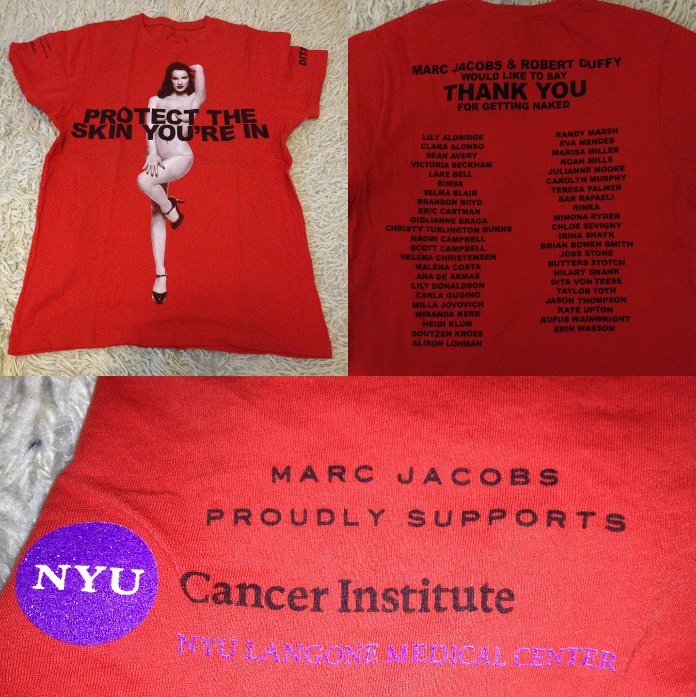 A detailed overview of the campaign.
'Marc Jacobs has reissued color versions of some of the most popular "Protect the skin you're in" celebrity nude T-shirts as part of an ongoing campaign to raise awareness about the deadly skin cancer and benefit melanoma research at the NYU Cancer Institute at NYU Langone Medical Center. The campaign, which features more than a dozen celebrities baring all for skin cancer, has already raised over
$1 million for the NYU School of Medicine's Interdisciplinary Melanoma Cooperative Group (IMCG).

"The public awareness generated by the T-shirt campaign is enormous, not to mention the funds that have been raised," says Dr. William L. Carroll, director of the NYU Cancer Institute, who notes that proceeds of the sales of the T-shirts benefit IMCG. "We are grateful for the generosity of Marc Jacobs and Robert Duffy in allowing the NYU Cancer Institute to focus on research and advancing clinical care."

"Protect The Skin You're In" T-shirts—featuring Heidi Klum, Helena Christensen, Dita Von Teese, Naomi Campbell and Victoria Beckham - baring all for skin cancer have been reissued and are available only at Marc Jacobs stores. "Protect Your Largest Organ," featuring Brandon Boyd and Mr. Jacobs are also available.

The campaign was launched in 2006 when Mr. Jacobs and his business partner Robert Duffy, president of Marc Jacobs International, LLC and a melanoma survivor, persuaded celebrities to pose in "the altogether" to raise awareness and funding for the deadly disease. Celebrities, who posed despite the advice of agents and managers, include Winona Ryder, Rufus Wainwright, Eva Mendes, Julianne Moore, and Selma Blair. Photographer Brian Bowen Smith traveled around the world multiple times for celebrity photo shoots for the project, which pays tribute to the late Dr. Jesse Rubin, a former dermatologist at NYU Langone Medical Center. 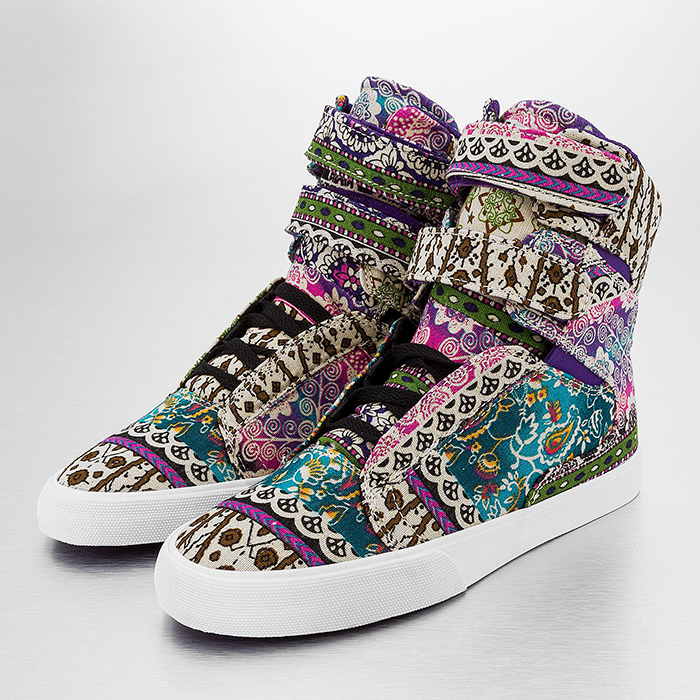 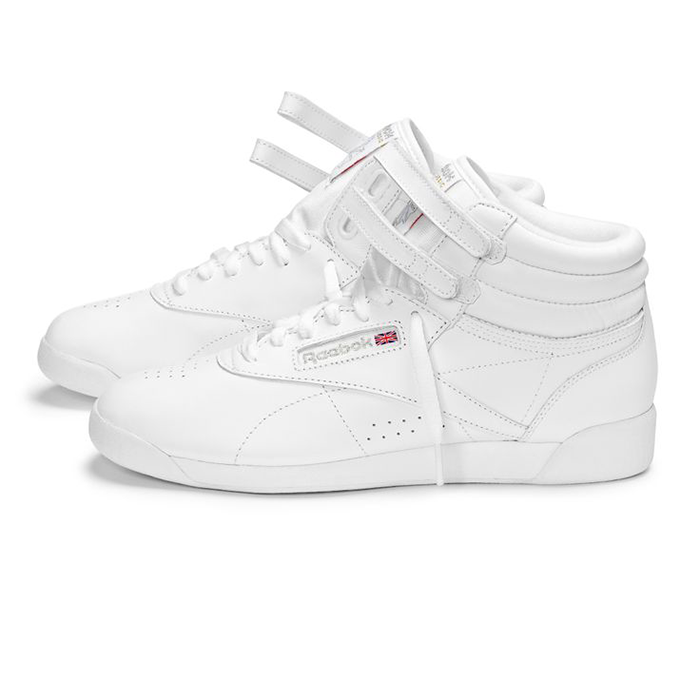